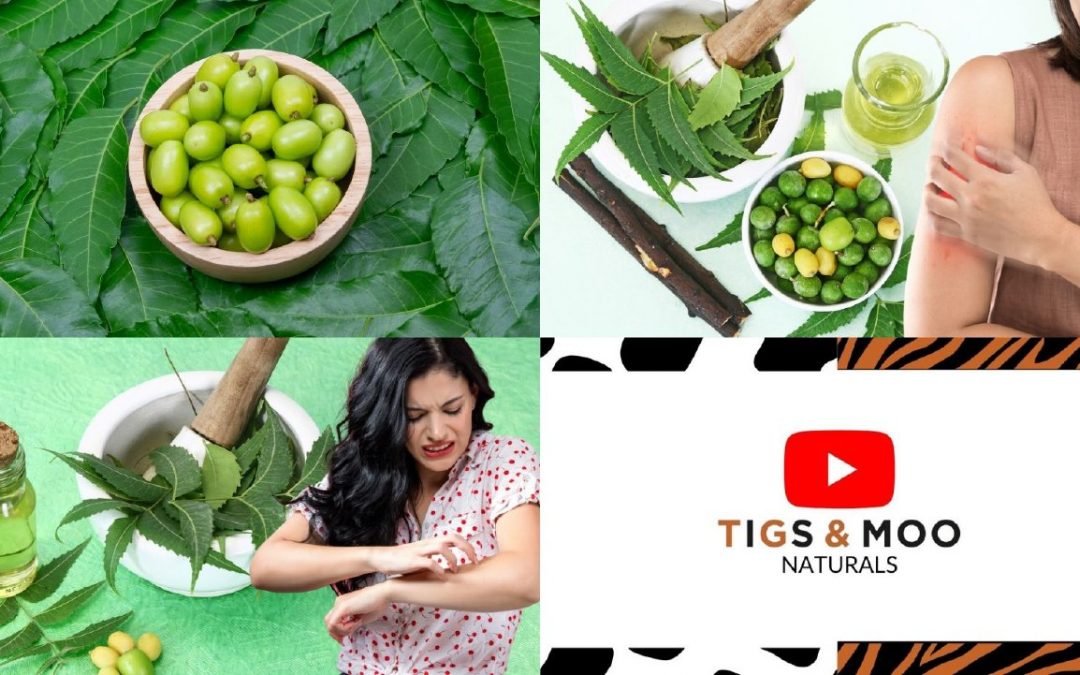 Neem Oil has been a bathroom cabinet staple in our household for four or five years, since the last time my son had a major eczema flare up triggered by accidentally ingesting cow milk.

At the time, I was advised by a family member to use diluted neem as an alternative rather than reaching for the steroid cream.  I was extremely dubious as my son’s skin was sensitive to everything I had tried in the past, so for me it was a major leap of faith.

It is safe to say that it was one of the best decisions ever.

By applying the neem oil that had been diluted with olive oil, the itching stopped quite quickly, and the angry reddened skin visibly calmed down within a couple of days.  At the time, I had panicked and also given my son infant antihistamine, so I believed then, that the antihistamine had helped as well. Nevertheless, during his previous flare up, when he’d only had the antihistamine medicine, the itching didn’t completely go away, so I knew I was on to a winner. After four days of using the blended neem & olive oil day and night, I noticed that my son’s eczema had flattened and was no longer inflamed.  It wasn’t bothering him at all.

I was still of course applying my own handmade Tigs & Moo Body Butter as well, hence his skin was well moisturised, and I knew the ingredients to have anti-inflammatory properties.  At that time, it wasn’t a skincare product I was selling, but rather just for the benefit of my family only. After seven days the eczema was the same colour as his skin and no longer an issue.  After 14 days the eczema was gone completely.

I have to admit though, that it wasn’t the skincare products alone that fixed the eczema.  I am fully aware, as a result of doing a food diary, that my son’s food triggers are all animal milks and all processed sugars, so I knew how to prevent another flare up by keeping away from those foods.

I did however decide that it was time to do my research on neem.

Used in Ayurvedic medicine for hundreds, if not thousands of years, neem is known for its medicinal and healing properties.  Three of neem’s compounds are nimbidin, nimbin and quercetin.  These compounds are what makes neem antiseptic, anti-fungal, anti-inflammatory and antihistamine.  As well as being used to soothe inflamed eczema skin, it can help with psoriasis, acne and hyperpigmentation, so now, as soon as I feel any acne slowly making an appearance, I dab neem undiluted on that particular bump, even before there is a whitehead on it.  I then continue to use it until the scarring has gone.  As well as using it undiluted, I also add it to my daily face cream to help with my uneven skin tone.

The best type of neem oil to purchase is the organic cold pressed neem oil. The colour can vary but the smell is distinctive.  Some people have described the smell as a cross between peanuts and garlic. Remember that when you first try it, dilute it, and do a test patch, as it is potent and sometimes those with very sensitive skin may find it too strong.  If you react negatively, then you should stop using it because of its potency.

If you do a quick online search, you will see that neem can be used for many other conditions. Neem comes in varying forms, including teas, powders, supplements and even pessaries for the ladies.  It can be used on the hair and scalp, in soaps, lotions and many other cosmetics.

As well as the oil being used topically, other parts of the neem plant can be used in powdered form, added to foods, used to help digestive issues and as a blood and liver cleanser.  This is a definite benefit, as many of you will probably know that internal issues with our gut, blood and liver can appear as symptoms on our skin, in the form of those many skin conditions that we have normalized such as eczema and acne.

Although bitter in taste, this can be overcome by having neem as a supplement, or blending the powdered neem leaf with something else, which is worth it, as neem can also help to lower blood glucose.  If you are someone who suffers regularly with acne, then controlling your blood sugar levels, and preventing it from spiking and falling will help prevent the appearance of acne.  For me, applying the oil topically and taking the supplement when I deem it necessary, has without a doubt, helped my skin.

And just when you thought the benefits stopped there, neem can even be used as an insect repellent on your skin, and for your plants when added to water and put in a spray bottle.  In fact, it has been approved in the US as a natural pesticide for organic crops.

I hope you found this useful and become a user of neem as it is a true product hero.